This past semester I was taking a course on working with people with disabilities, and one topic that was hotly debated was the idea of disability and identity. It is interesting, because when seizures are well controlled, epilepsy is a very invisible disability and it is up to the individual whether they want to disclose or not. Needless to say, it is easy to cover up. Up until this year, I didn’t often disclose to people, because my seizures were well-controlled and I didn’t feel the need to talk about it.

One thing that I have learned during my years at university, is that disability encompasses more than the stereotypical image of a person in a wheelchair. People have mental health issues, learning disabilities, epilepsy, chronic pain, and the list goes on and on. Until I expanded my understanding of what a disability is, I never actually considered myself as a person with a disability, minus the fact that I have a learning disability. (That’s a whole other story, so maybe I will get to it in another post).

Anyways, during this class, there were a variety of people with disabilities, including a girl with a physical disability. (This is what would be called a visible disability, because it is visible to the eye). I was arguing that, despite having an invisible disability, I would not want to be viewed as solely for my disability, and I didn’t see it as a core aspect of who I was. The girl with the physical disability had a very interesting reaction, in that she loved her physical disability and she wouldn’t change herself for anything. I was dumbfounded by this response. I don’t hate epilepsy, per se, but I have never claimed that I was proud of having it. And I most definitely do not love it. What’s interesting to me is that, here are two people with disabilities, and the one person who cannot hide her disability is open about loving it, and the other person (me)has the option to hide it but does not like it at all. 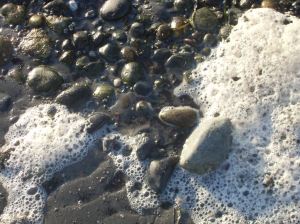 Since my seizures are unpredictable and I have little to no warning before one is going to happen, it has become mandatory for me to give people a quick heads up. As a result, I have found myself thinking and talking about my epilepsy with other people on a more regular basis. I have been struggling with this though. How much can I talk about my epilepsy without having people box me in as simply that: a person with epilepsy? Also, how much is too much? I don’t want to be the friend who talks about her seizures all the time, but I’ll be the first to admit that I need a lot of support, and I see my friends and family as my little group that helps to keep me sane. 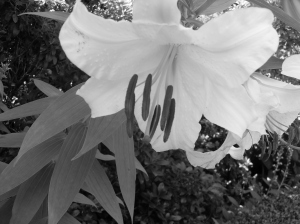 But what is the line between a chronic medical condition and identity? As described above, my peer saw her disability as central to who she was as a person. Even though her disability posed many challenges in her day-to-day life, she wouldn’t want to trade it for anything. When thinking about it, I know this much is true: my epilepsy has made me a very strong person. I mean, we all have to play the cards we are dealt, but I have learned to persist and pursue my dreams, even if it’s through a different path. I also thank my epilepsy because I believe it has made me a very positive and optimistic person. I mean, there’s no other way even though I’ve been having seizure after seizure and it seems like there is no light at the end of the tunnel. I just have faith that everything works out in the end. I’m not sure how, but I know it does. 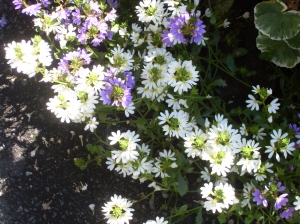 Anyways, these days I see my epilepsy as closer to my identity than I did before, because it is a condition that takes control over my body at unexpected, and sometimes dangerous moments. The body that has seizures is the same body that dances, hugs, and moves from point a to point b.

Even though I would love to erase it from my life, I have found that it has become a way for me to relate to people. Sometimes when I tell people who I have epilepsy it starts a dialogue about what it is and how it affects me. It also stimulates conversations about other people’s disabilities and mental health issues. I think it helps people to see an aspect of myself that is ‘real’. It is a testament to my own struggles, and that I can empathize with their difficulties as well.

I’m still struggling with figuring out a happy medium of how much to talk about my epilepsy and seizures. I know my friends are concerned about my health, but talking about it too much can be depressing, especially when you feel like your health was getting ‘back on track’. I also fear that they think that I am making the conversations all about myself. I just try to be honest, and be upfront about my health when they ask. Friends extend themselves to support me when I need it, and although I am good at asking for help, I am still learning how to seek support when I need it.

Thank you to all of my friends who are helping me through this period. No kind gesture goes unnoticed and I am grateful for every single one of you. 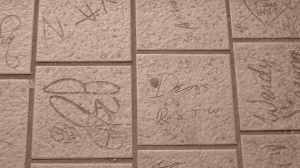 Thanks for reading and I would love to read any comments or questions that you have xox.

10 thoughts on “Epilepsy and Identity: Where to Draw the Line”