So it’s 12:45 am and I’m still awake. Now I’m sure for all you night owls out there that this is no big deal. For some this is just the beginning of their night time insomnia/creativity-whatever you want to call it. But for me I literally cannot sleep.

I have had the most exhausting week. I spent most of my time cleaning my old apartment and moving into my new apartment. I kinda forgot how much work moving is, as I was in my old apartment for two years. Two years! That’s a lot of time for a ton of stuff to accumulate. All those things on the shelf that you leave to deal with ‘some other time’ finally approaches, as that time is now. Many of my friends are moving to new apartments, new cities, and new university/job endeavours. Everyone is stressed and exhausted, so I know that everyone is feeling this way at this time of year.

Needless to say, moving in general is rough whether you have a medical condition or not. This week has kinda been rough for me though. The heat and exhaustion from moving has aggravated the seizures, which is not only discouraging but frustrating. It’s annoying to feel like I can’t go at the speed many other 22 year olds go at. I hate having to take breaks and just ‘take it easy’. Who wants to take things easy? Part of me despises relaxing and sleeping because it is something that I am required to do in order to help manage the seizures. But the heat and lack of sleep and proper eating has been getting to me. It’s too much to handle! I am trying to reassure myself that seizures are more likely to happen as it is a very stressful time of year, but it is hard not to wonder how I am going to get through the fall semester if I keep having seizures like I am right now.

This evening I was grocery shopping with my new roomie and his parents who were visiting from out of town. I was pushing my own cart as I had my own list of foods that I wanted to get. My friend (roomie) and I would play cart tag, randomly bumping into each other in various aisles and pretending to act surprised when we saw each other. We were shopping relatively late in the evening, which was nice because I didn’t have to manoeuvre my cart around other people rushing about to get their carton of milk or their carton of ice cream for a spontaneous movie night.

I was just heading to the check-out when I felt this funny feeling run through my body, and in that split second knew that I was going to have a seizure, but there was nothing I could do about it. It was kind of weird, because as I fell I saw myself falling in third person. Taken out of context, the fall actually looked rather comical. I was completely alert and standing one moment and then boom! There I was, crashing to the floor of the supermarket. I vaguely remember hitting my head on one of the bargain bins nearby, and it makes sense to me now as I feel and see a bruise appearing on my forehead. Its small, but tender to the touch.

Despite the shittiness of the situation, it was amazing to see the number of people that rushed to my aid. I could hear my friend conversing with other people, and giving them directions. “I don’t think you’re supposed to restrain her. Just let the seizure happen”. “Epilepsy”, said another guy. I am assuming he checked my medical alert bracelet. A guy stood over me and asked me if I knew my name. I definitely did know my name, I just couldn’t say it. I spluttered as saliva went down the wrong pipes and just looked at him dazedly. “Are you okay?” Hmm good question. Was I okay? “Umm, yeah I think so?” How should I answer that question. I didn’t even have an answer. I managed to instruct him how to help me up (Standing in front of me, pulling me up by holding both my hands)

As I got up people were still standing by, asking me if I was all right. They had genuine concern in their eyes. I reassured them that I was fine, and I thanked them for their help. One woman approached me with caution. “Does everyone have the same triggers for seizures?” She wanted to know. I explained to her that it varies from person to person, and that sometimes an imbalance of medication can cause seizures to occur. She seemed genuinely interested, but seened afraid to push any boundaries. I told her what to do if she ever saw someone having a seizure again. Man, when did I become the expert on this? I should be hired as an Epilepsy spokesperson or something. She nodded at my instructions, and to my surprise, said that she would pray for me. I was startled, yet oddly touched. A stranger cared enough to ask about the seizures and that she would send good wishes my way.

Based on today’s post, I thought it would be useful to add a list of first aid tips when helping someone who is having a seizure. Who knows? Maybe one day you’ll be at the grocery store minding your own business when you see someone collapse. Knowing what to do will make all the world of difference. 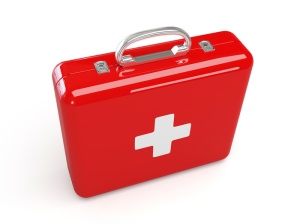 One crucial detail about first aid and safety for people with seizures is that it is physically impossible for a person to swallow their tongue. As a result of this myth, people who are being assisted while having a seizure sometimes have wallets shoved in their mouth to help prevent this. Do not do this! Let the seizure run its course, and try to remove any dangerous objects out of the person’s way. Sometimes it’s hard to move quickly, because seizures can occur in the blink of an eye. Don’t blame yourself if you don’t catch a person as they are falling. Just be there for them.

But I surprised myself and focused on the caring nature of complete strangers. When I think about it some more, tonight’s incident has taught me that there are still nice people out there in the world. If I have a seizure when I am by myself in public, at least one person will come and help me out. This makes me feel more reassured that I can go out and do things, even when the seizures aren’t completely under control.

I know that no one can ever really understand (except for my fellow friends with epilepsy), but people are trying to understand. I still feel embarrassed about my epilepsy, but I am going to challenge myself to continue to talk about it. Maybe it will help other people with epilepsy feel less stigmatized, and they will feel as though they can talk to others about how it affects them. Also, I think this awareness will allow people to have more understanding about epilepsy, and will allow them to feel more at ease when assisting someone who is having a seizure. I hope you have found this post enlightening. Thank you so much for reading, I can’t wait to hear your comments! xox

8 thoughts on “Are You My Guardian Angel in Disguise? First Aid for People with Seizures”