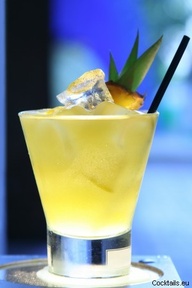 2013. A brand-spanking new year. Everything feels fresh, just the way I described my mocktail to my friend at new year’s eve dinner. You have twelve whole months ahead of you to do whatever you want: maybe you will take that trip to Vegas with your honey just like you always wanted, or maybe you’ll bite the bullet and work on losing those stubborn ten pounds that won’t seem to move no matter how hard you have been working out. There is something about a whole new year that fills people with a zest for life that they sometimes lose through the mundane tasks of daily living.

I love the new year, because I also feel like it gives me a whole new lease on life. This year especially, I feel optimistic about becoming a healthier, and therefore happier person. If I am going to be totally honest, 2012 wasn’t a bunch of roses. I mean, I was in denial about it being awful for the majority of it, but I can’t remember going through so much struggle in one year in my life. I find struggle has its way of spacing itself out, so when I got hit with it all in one year, I didn’t really know what to do with myself. Blah blah, we get it. 2012 was rough, cry me a river, life is tough, get a boat and paddle upstream. 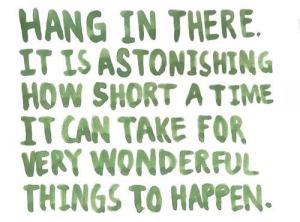 One thing I take issue about the new year though, is this idea is ‘New Years Resolutions’. I take issue with it is because the idea of ‘Resolutions’ has a slight negative connotation to it. The Merriam Webster dictionary defines resolution as ‘the act or process of resolving’. Many new years resolutions are about changing so-called bad habits, such as exercising more regularly, quitting smoking, or eating less sweets. All of these are great resolutions! Don’t get me wrong! One thing about making new years resolutions at the beginning of the year is that many people are filled with this zest for about a month, and then give up because they slip up once or twice and figure what the hell!? There’s no point in continuing! (This is not to say that everyone is like this. This is just common among many).

Anyways, my way of making changes this January is to make New Years Goals. If I focus on my New years goals in a step-by-step approach, it is more likely that I will achieve them. Also, if I am realistic and focus on my goals on a weekly basis, I am more likely to continue. I also think that New years goals seems more attainable, and by breaking it up into tinier chunks of time (weeks, months) goals are more attainable. I also feel like I am doing positive things in my life, I just need some structure to make it better for a healthier life. 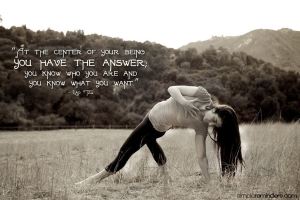 These baby steps will bring me a slice of health, for it will build up my strength and I will be able to exercise more regularly, and hopefully the meditating will make me feel more relaxed. I have been an active person before all these seizures, and have loved everything from working out to Zumba to running, so walking is a good step in the right direction when trying to exercise when living with uncontrolled seizures. Also, I really hope that meditation will become part of my daily routine and I won’t even think twice about it. It will become natural and easy, like brushing my teeth. I’ll have to keep you updated on it.

This is only a snapshot of my goals. Some of them are short term, such as the ones listed above, and some of them are long term. My longer term goals are to accept my epilepsy for what it is, and that it is a chronic condition, which means that it is never going to go away, even if it is well controlled by medication. This is going to be a large pill to swallow, because even though millions of people live with chronic conditions, I have never identified myself as living with a chronic condition. When the seizures are out of control, it is an upsetting and uncomfortable reality that I have to stare in the face. I haven’t figured out how I am going to accept it, but I’m sure over time I will figure out some techniques. I’ll keep you posted. 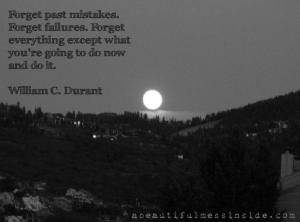 These are all short term goals, but over time, I will be able to build on to them. Of course, these are dependent on how well managed my seizures are, but one of my major goals for this year is to maintain a positive attitude, and to not let the seizures run my life, and more specifically, my mind. I’m not going to be a nitwit about it. I mean obviously if I’m ill, I will stay home and let myself rest.

Finally, need I say more, but I want my seizures to get under control so I can live a ‘normal’ life again. There would be nothing more rewarding than that.

4 thoughts on “A New Year, A New Frame of Mind”