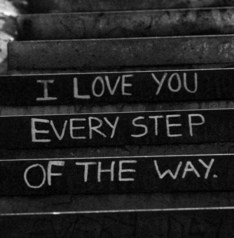 Hey guys. I know I haven’t written in awhile. I’ve been pretty busy! I’ve had my boyfriend visiting me from out of town for the past week, so I’ve been trying to enjoy the visit as much as possible. This visit so far has been awesome. It’s also been pretty tiring, because we’ve spent time trotting around the city, seeing friends, and going on double dates. I’m stubborn as hell, so there’s no way that I want to spend his entire visit just hanging out at home. Just because my seizures aren’t entirely under control, I want to do my best to get out into the world (or to the coffee shop, or to a double date) and just have fun. My boyfriend is one of the best people to have around when I am having a seizure, because he is calm and collected, and knows the drill about what to do. So, in this case, I wasn’t worried about going out and about, because he is good at handling seizures. I mean, he has witnessed too many to count, so he’s pretty used to it. (Which kinda sucks, in the grand scheme of things).

Today’s post is about dealing with the anxiety that comes along with having seizures. I’ve never dealt with this until the last year or so, but now I am really feeling it.

The other night my boyfriend and I went out for a double date with my friend and her boyfriend, and we all wandered around downtown and grabbed a coffee together. The day itself was stressful, so I was trying to ease myself into a relaxed mode of chilling out with friends and having fun. I couldn’t stop worrying though. A few days before, I had a seizure and my seizing arm was stuck in my coat pocket so I crashed to the sidewalk. I need to add right here that this is one of my worst-case scenarios. I don’t walk with my hands in my pockets for the very fear of getting my hand stuck in my pocket. 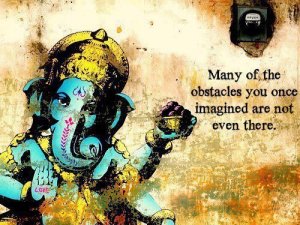 Anyways-back to the double date: I just kept replaying that moment in my head, and couldn’t help worrying what it would be like if that moment happened again. Needless to say, I wasn’t really ‘in the moment’ when we were walking outside on the way to the cafe. At the cafe I felt a bit more relaxed. I had a sneaking suspicion that it had something to do with the tea that I was drinking. This whole non caffeinated tea is doing something for me! I felt safe because I was sitting in a chair, just drinking tea. If I were to have a seizure, I wouldn’t be going far. It’s crazy though. The worry of having seizures takes you away from so many wonderful things. Even though from the outside I am laughing and it seems as though I am having a great time-don’t get me wrong-I probably am, another part of me is still paralysed by the fear of a seizure.

After the coffee part of the double date we all walked along the water to look out at the city lights and to see if we could see any stars. There were also some weird structures, including this chime that if you touched the pipes it would make music. As soon as we walked up to it I knew it would agitate some part of my brain that might cause a seizure. (Sigh. Sounds weird, I know. I don’t really get it either). My friends and boyfriend ran up to it, and started playing with it, because it was actually pretty cool. If I wasn’t feeling anxious up the wazoo and agitated in a seizure kind of way, I probably would have joined in. Instead, I isolated myself by sitting on a bench farther away where they couldn’t see me. My reasoning was to let them have their fun, and I was so embarrassed by feeling triggered in a seizure kind of way by this music, that I decided to walk away from it. It was easier than dealing with it.

Soon my boyfriend and friends realized that I wasn’t with them, and ran over to find me. My boyfriend was especially concerned, and at this point my anxiety was spiralling out of control. I felt hot and nervous in addition to this overall feeling of panic running through my body. At this point I could explain what was happening, and completely breakdown crying, or just keep myself together. All I knew was that I needed to get home, and fast. I told my boyfriend in a panicked whisper that we needed to get home. We turned to my friends and I told them that I was tired, even though I had adrenaline pumping through my veins about a mile a minute. I didn’t want to go through the whole story about being anxious. I needed to get the f**k out of there before something bad happened. I just needed to be on my way home as fast as possible. My boyfriend and I rushed to the subway, and as I was getting my ticket for the subway, my breathing was rapid and my heart was pounding. Thankfully, my boyfriend and I made it home, and I calmed down on the journey. I didn’t end up having a seizure, but this was one of the few events that I’ve had where I’ve had some sort of anxiety type of event related to seizures.

This event was very bizarre, and its almost embarrassing to share, because I don’t fully understand what happened.

If you’ve had a similar experience, I’d really like to hear from you. Or, if you have any suggestions as to what to do if I find myself in that situation again. It’d help me feel less embarrassed and freaked out about the whole thing. Love to you all! xox

11 thoughts on “Dealing With the Anxiety of Seizures”