People have always told me how strong of a person I am. I remember when I was 20 years old, and I had my official serious break up. My ex-boyfriend’s mother approached me and said, “Don’t worry about this Sita, you are a very strong woman. .” I was baffled at such a comment for two reasons: first of all, why was she telling me that I would be fine? Secondly, what did she mean by strong? That I had the will to get through this, despite personal heart ache and frustration? The second time that people told me that I was strong was when my epilepsy started to get out of control. They would say to me “Sita, you are so strong.” I was confused. I asked friends and family what they meant by strong. It most definitely wasn’t my muscle strength; it was decaying due to my lack of ability to work out. My once toned arms and legs now were simply that: arms and legs with no defined muscle. “You just get through so much,” they would tell me. The answers I received never seemed to suffice. Well this was the time that I felt the need to pull out the good old Merriam Webster dictionary. Okay, I lied. I actually googled the definition. The word ‘Strong’ is defined as ” Having great physical power and ability: having a lot of strength”. Huh, so that’s what my friends, family, and even professors were telling me. It helped to put a definition to the adjective of my character. I didn’t know why I was being defined as strong. I was just trying to deal the hand I was dealt, and work through it to the best of my ability. I just figured that this was life. Everyone dealt with something, I just happen to deal with a chronic condition that was severely interfering with my ability to live my everyday life. 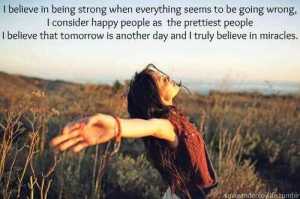 The other day I was mulling this over, and I thought about a Ted Talk by Brene Brown, “The Power of Vulnerability.” (See link below). Watch it. I’m not kidding. In my natural fashion, I re-watched the Ted Talk and it made me think about vulnerability and chronic illness, and my experiences with the two. Through experiencing extreme troubles with my epilepsy, I became a very vulnerable person. I started to live in an honest and true fashion, and I came to realize that hiding who I really was would put me at danger. When I say danger I mean physical and emotional danger. Brene Brown talks about how being vulnerable brings people closer together. I could not be more vulnerable that I have ever imagined. This way of living brought my friends, family and even complete strangers became closer to me, and they wanted to help as much as they could. By being vulnerable I gained connection, acceptance, and love. This shocked me. Not because I didn’t believe that my friends and family could be supportive, but I never thought that by becoming vulnerable through my chronic condition would bring even more acceptance from friends and from people who I considered to be acquaintances. I found that people liked that I was putting myself out there, and that I was not afraid to expose who I really am as a a person. People appeared to like that I was not afraid to tell them the truth of my reality, despite how shitty it is at times. People liked that when I talked to them, all of my cards were laid out on the table. (So many card references in this post, it’s an accident I promise!)

Okay so how does this idea of being strong tie into being vulnerable and this amazing Ted Talk? Ok,so you caught me. Being vulnerable takes strength. It’s hard to expose your true colours and share everything that you’re going through, good and bad. If anything, through this journey of living with Epilepsy I have learned that it is okay to share my journey with people. If people don’t jive with my journey, then I don’t have to have to have a connection with them. It’s that simple. It also takes strength to go through the times that I am going through. Oh my god! I think I just made the connection of what everyone has been telling me! You get to be a witness to it! Although I still see myself as an everyday woman, it takes strength to be vulnerable, and by being vulnerable it allows you to create stronger connections with those around you.