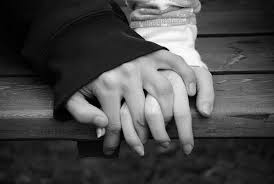 Hey friends! How are you doing?? I am updating this blog from snowy Montreal….I am looking forward to heading home so I can avoid the snow and just be in the rain. 😉

I was recently discharged from the Montreal Neurological Hospital and I realized something really important: spending a significant amount of time in a hospital has changed me as a person. I feel like I have more empathy for others, and for the decisions that they make. For example, some may choose to do certain things (such as not use a cell phone on a constant basis) because it’s better for their overall morale. There are so many things that people do just because it makes them healthier individuals.I have also decided that if (god forbid) any of my friends end up in hospital I will most definitely go visit them on a regular basis. Regular visitors really boosts one’s morale when staying in the hospital. It also gives you something to look forward to.

Anyways, while I was in the hospital I had the opportunity to make some new friends. There was something comforting about being surrounded by people who were living with similar problems as I am. I mean, I would never wish my Epilepsy on anyone, but it is so easy to feel like you are the only one who is struggling with serious medical problems. I always try to put on a positive and optimistic face, so sometimes it’s easy to think that I am coping with things super well. The reality is though, my Epilepsy is hard to live with and it is hard to explain that to people.

The seizures themselves are very difficult to explain to doctors, which doesn’t make things any easier. The friends I made and connected with understood the frustration and fear that I was going through. It was so cool to make new friends. I had people  to talk to when my Mom wasn’t at the hospital, and I was able to connect with people who were coming from similar walks of life.

I think that it’s super important to reach out to people with similar medical conditions of you. Whether it be Epilepsy, Diabetes, ALS, MS, etc, it can really boost your own feelings about what you’re going through. It may also be easier to open up to someone who has been through (or is going through) what you’re experiencing. By reaching out and talking to people who also have seizures I feel less alone in my journey to wellness. I feel like people are there to support me (in addition to my friends and family), and that I can tell them about a bad fall due to a seizure, and that they will truly understand it.

Try to open up and talk to people in your community or just others that you know with Epilepsy. It might surprise you. You might just feel better about it all.

Keep fighting the good fight! Love you all! xox

2 thoughts on “Making Connections With Others Through Epilepsy”