Some things happen for a reason. Sometimes it is hard to pinpoint why they happen, but they just do. 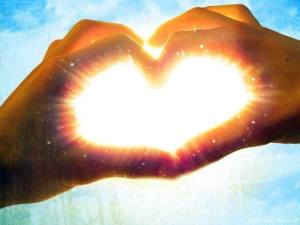 Part of the reason why I started this blog was to connect with others who have Epilepsy, so I wouldn’t feel lost in my journey to wellness. I felt like I was the only one who was going through the challenges of living with Epilepsy. Boy, oh Boy was I wrong! Not only have I made connections with people who have Epilepsy, but with people who have other (dis)abilities. (I use the term ‘disability’ loosely). I received comments from people encouraging me to keep writing blog posts. Comments that also made me feel less alone in my experience of living with Epilepsy.

Now, to digress a little, when I was ten years old I picked up an issue of Time magazine. That month’s issue was about a little boy who was living with on the Autism Spectrum. As I eagerly read each page, I became more and more fascinated. There were people who perceived and communicated with the world the world that was different from the way I did!  This fascination quickly turned into a passion. I wanted to help those with “different” abilities. (I say different loosely here. I believe we all have something valuable to contribute). At the mere age of ten I didn’t have the words to express what this role was. I finally settled on the word ‘counselor’, because it was a word I understood to fit with my future goals.

Now, after graduating from university with a Bachelor’s of Social Work degree, I have the words and knowledge to be able to express what my ten year old self couldn’t articulate. After many positions working with people with (dis)abilities, I have learned a couple of troubling things. In some cases, some individuals with physical (dis)abilities have told me about the social isolation that they have experienced, solely because of their (dis)ability. Additionally, I have learned that people with (dis)abilities often do not have the same opportunities as those without (dis)abilities. I find these two things alone to be deeply troubling.

So, in part of my own personal work and volunteer experiences, and in addition to the outpouring of support that I have received on this blog, I feel that it is my calling to be an advocate for people of various (dis)abilities. Perhaps an advocate for people with just Epilepsy.
I have learned that I am not alone in my experience with Epilepsy, and because of that I feel that I have a voice that could be of use to others with (dis)abilities. I have the personal experience and compassion, as well as the hands on learning and experience that would help me in this position. Through these past two years, I have come to the conclusion that I could not see myself doing anything else. How *could* I see myself doing anything else? I have received so much help, and it pains me to think of those who are suffering and cannot access the assistance that they need.

So this is my way of living an Authentic Life. Helping others since I care, and I am so grateful for the help that I have received. Additionally, if I could help people with (dis) abilities who need the assistance to end their pain and find a way for them to live meaningful lives, that would be golden.

So, those are my thoughts on living my own true and Authentic Life. The future looks good.

6 thoughts on “Living a True and Authentic Life”