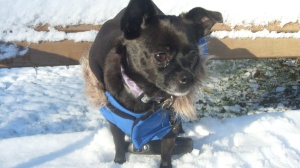 So I can’t believe that it’s already the end of the year. I know I say this every year, but somehow this year feels different. So much has happened this year so it took some time to wrap my head around all of it. You have been there to hear about most of it. One thing that I must start with though is that my New Year’s Goals List was far too long. God I’m ambitious! Among it was to graduate university, (duh) get a great social work job, get a tattoo, write daily in my journal, use my gratitude jar and exercise regularly- just to name a few.

I realized something important though. Through all the ups and downs of 2014 I achieved something that was extremely difficult in 2012-2013. I became part of civilization again. Now, if you are someone who is able to leave your house everyday, go to work and participate in social gatherings, it doesn’t really occur to you. You just go through the motions and ups and downs of your experiences. I know what that’s like because I have been there too. But when your anxiety is so high that you can only operate within certain perametres of your environment, life feels scary and everything feels like a threat. I was scared to try things outside my comfort zone, because there was always the hypothetical seizure looming on my back. One of my good friends got me to go to an exercise class with her, which was huge. The shame I felt surrounding having seizures seemed to grow like a tumor  and I was so afraid of what people would think or say. I was so appreciative of my friend’s relentlessness, and although it sounds like an odd thing to say but sometimes you need your friends to give you a little shove in the right direction. I also went boxing day shopping this year which I definitely would not have done in the past few years. Progress, progress, progress.

The support that I felt from my friends and family was huge, and I felt it whether through text, call, email or face to face. Its presence did not go unnoticed.

I am writing this on December 30, and I realized something about myself with this Epilepsy. Although I have a network of friends and I was able to graduate, I still had a dull feeling of depression residing within me. (Otherwise known as dysthymia). I had forgotten who I was. I was Epilepsy and  Epilepsy was me. I had nothing going on but trips to the hospital, doctor, and constant medication changes. As 2014 rolled on and I returned home after graduation, it seemed like I was having a mid-life crisis, which is a little jarring for a 24 year old.

My time at the Epilepsy Hospital was disappointing, as no new information was found despite invasive and extensive testing. I began to wonder if I could ever be ‘fixed’ (like a crappy old computer or something). I know everyone at the hospital is still working on my case, but perhaps I went into the whole situation with higher hopes than I should have. Epilepsy can be complicated, and in my case sometimes there is no known reason as to why a person has seizures. Accepting that facet of my life has been very difficult. However, not to jinx anything but my new medication seems to be working which is a major bonus.

However, to be totally candid 2014 has been disappointing. I know my seizures have decreased but it is what it is. I hope 2015 is better. I’m sorry, I just can’t be optimistic 24/7.

On the other hand, here are 5 awesome things that happened this year:
1. Graduating from University
2. The opportunity for extensive testing at the Neurological Hospital
3. I was able to see my cousins for the first time in years
4. I adopted my dog
5. My medication is working for the time being

I am going to send you off with a quote that my friend posted on facebook. It uplifted me and I realized how badly I needed to see it. She managed to sum up what I wanted to say in almost 1000 words. Here are her words of wisdom:

“Life is too short to wake up in the morning with regrets. So love the people who treat you right. Forget about the ones who don’t and believe that everything happens for a reason. If you get a chance, take it. If it changes your life, let it. Nobody said it would be easy, they just promised it would be worth it.. Bring it on 2015, I’m ready.” – A close friend

Love you all! xox