Hey friends! Happy New Years! I can’t believe it is a brand spanking new year already! 2015 was so crazy I can barely remember what happened. (I blame the amount of seizures for the poor memory).

My Epileptologist said that my seizures have decreased from 50 a month to 30 a month which is a big triumph. I still seize a lot though and am constantly tired which is a bit of a drag. My depression has gone away thanks to some medication which I am very thankful for. I wish that I did not have to take so much medication, but if it semi-controls my seizures then I will go with it. I also battled very severe depression which landed me in the hospital for a night which was the most terrifying night of my life. Thankfully I finally agreed to take anti-depressants and my depression has gone away.

Despite the depression, 2015 was a lot better for me because I feel more involved in my parent’s city, and I have been making many new friends. Making new friends was a struggle for me, mostly because I can’t work and am not in school.

It is wonderful though because I have made some new connections through my boyfriend and a childhood friend has reached out to me after 10 years of not seeing each other. That really meant a lot!

In addition to making new friends, I went on quite a few trips. My aunt lives in Kelowna, which is in the Okanagon. I took the Greyhound up to see her both times. The trip to Kelowna is about 6 hours, but I had a great time on the bus. When we made a stop here and there I would run over to the Tim Horton`s for a tea. Kelowna was wonderful too- haha. My Aunt is super active so we went hiking, bird watching, and did a couple of yoga classes. My Aunt has way more energy than I do, so on my second trip in September I needed to be hospitalized due to uncontrolled seizures. I wasn’t listening to the little voice in my head that said “I can’t do this! I am too tired!” That was a foolish mistake on my part, but every mistake leads to a teachable moment.
. 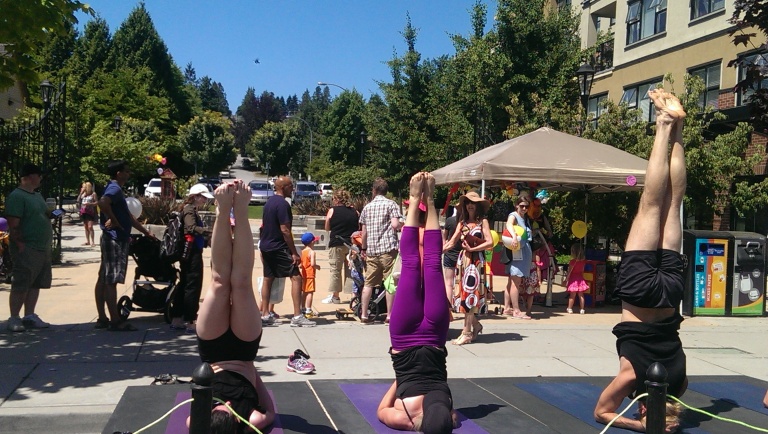 Personally, I feel that I have learned to be more spontaneous and I am not as afraid of judgment from others. I am trying new things, such as yoga which is a big step for me. I was always turned off of it because I didn’t like the idea of an instructor touching my hips to adjust my stance. No, no and no. I feel like this has been a big year of growth for me.

Finally, I was accepted into TedxStanleyPark! It was truly a dream come true.